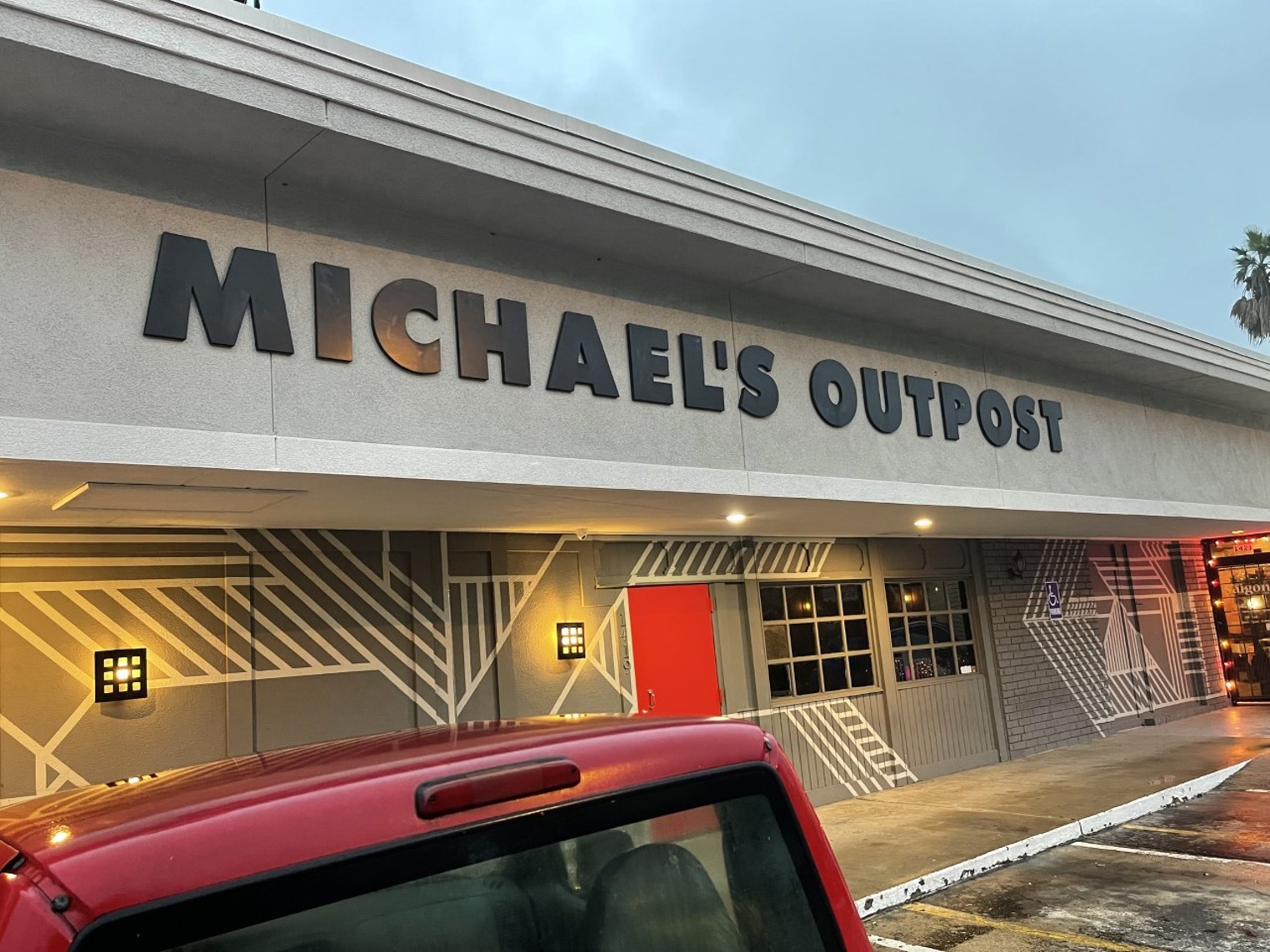 Michael’s Outpost has the cure for whatever torments you.

Michael’s Outpost isn’t in the main group of gay bars in Montrose, but don’t sleep in this cozy little place that’s just a stone’s throw from the rest of the gay community. This piano bar meets cabaret through a neighborhood pub, has some of the nicest bartenders, a back deck for some fresh air, and promises fun every night of the week.

Michael’s Outpost used its downtime during the pandemic to modernize and refurbish the building. With a paint job, new floors, extra TVs (for watching sports … or Golden Girl reruns!), A charged lighting system, and stage updates … including what could once have been Michael Jackson’s shower curtain as a backdrop … this bar is absolutely fabulous, dah’ling.

The venue offers fresh and fun content with drag stars every week. Mondays, for example, are The Broad’s Way, a show inspired from start to finish by the musicals we all know and love. Tuesdays are movie muffs, in which the canvas and small picture stars serve as inspiration for the respective weekly theme. On Thursdays there is karaoke with Dina Jacobs, who is already in her 70s and still performs weekly in drag. Fridays is Modern Nostalgia, a delightful foray into the soundtrack of the first half of Saturday’s 20th Saturday is Eye Cons, Houston’s longest-running illusion show, so expect performances by Cher, Bette Midler, Madonna, Chaka Khan, Barbra Streisand, Aretha Franklin, Tina Turner, Reba McEntire, Britney Spears, Lady Gaga, Judy Garland, Dusty Springfield, Patsy Cline, Liza Minnelli, Shania Twain and all their famous friends.

If piano singalongs are more your thing, don’t miss the week’s fabulous pianists including Bill Bartlett, Jerry Atwood, Clay Howell and Ben Chavez who are always ready to take requests. So make yourself comfortable at the piano, sing a few of your favorite songs and enjoy the trappings of the best gay bar of the year.

Support the independent voice of Houston and help keep the future of the Houston Press free.