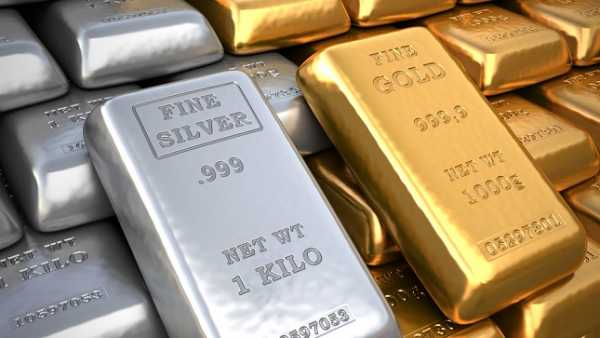 Silver markets initially moved higher at the start of Tuesday’s trading session, but then turned around and showed signs of exhaustion. Ultimately, the $ 25 level below has proven to be important from a psychological and structural point of view, + we also have an uptrend line that is exactly in the same range. However, we fell below the 200-day EMA and decided that. At this point, it looks very likely that we will be going further down, but we obviously have a significant amount of support that we need to chew through first.

The US dollar has also become stronger, which of course also works against the value of precious metals. At this point it is worth paying special attention to this market because if we break all of the support it could be some kind of “trap door” to much lower prices. If you look at this graph, there is a lot of negative built into it, but it’s still technically in an ascending triangle so I believe we are at an important tipping point. For what it’s worth, the US dollar has skyrocketed against a lot of different things, so it wouldn’t be a big surprise to shoot higher here.

On the flip side, we’d have to at least offset Monday’s losses to contemplate a bullish trade, but even then I see significant resistance that could come back into play and stretch to the 50-day EMA. Breaking the 50-day EMA allows the market to peer into the gap above.

You can find a look at all of today’s economic events in our Economic calendar.

Gold and silver prices drop for the third day in a row, check the prices in your city