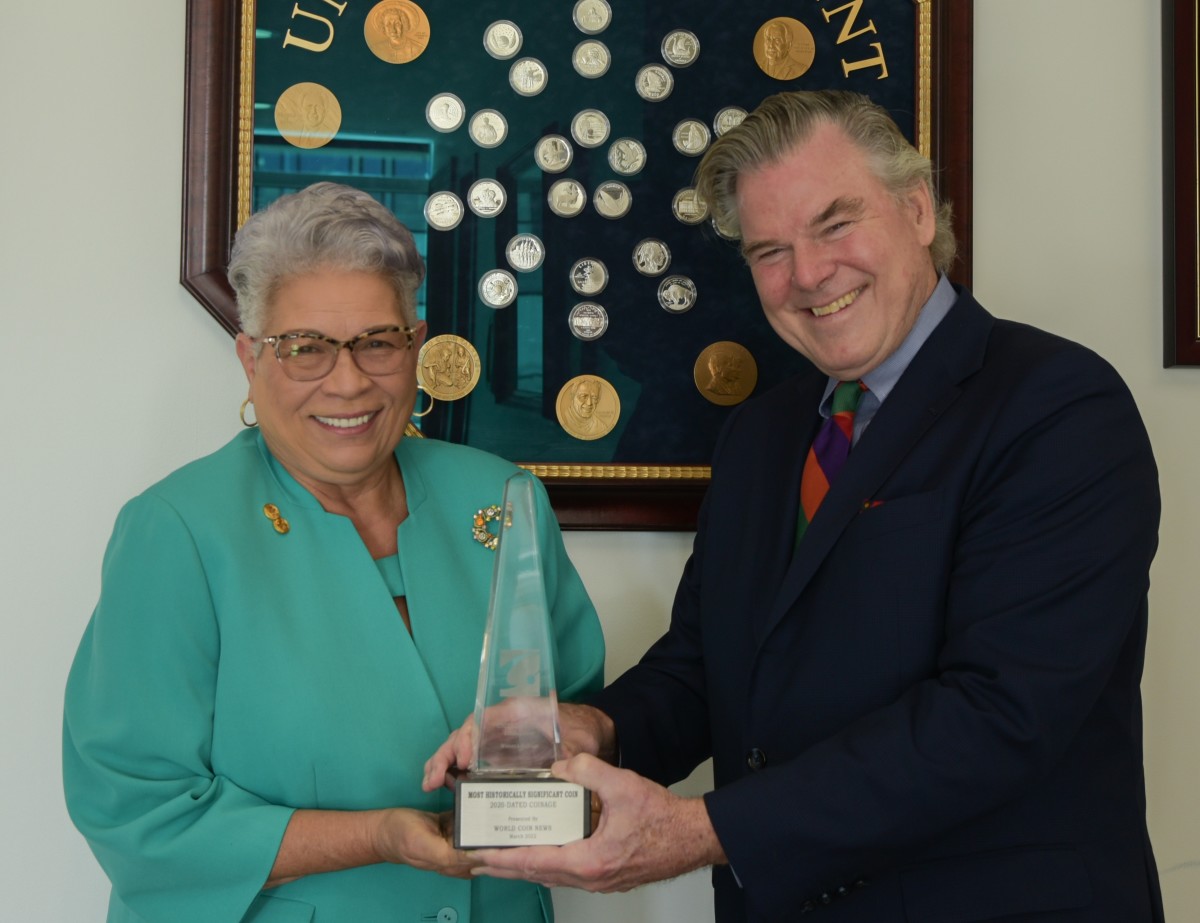 The 2022 Coin of the Year program is presented by World Coin News and sponsored by the Journal of East Asian Numismatics. It honored coins from 2020.

The obverse of the Women’s Suffrage Centennial Silver Dollar features overlapping profiles of three different women. Each woman wears a different style of hat to symbolize the many decades of the suffrage movement. The figure in the foreground wears an art deco patterned cloche and a button with the year the 19th Amendment was ratified. The inscriptions “LIBERTY”, “$1” and “E PLURIBUS UNUM” surround the design.

On the reverse of the coin, the inscription “2020” is thrown into a ballot box designed with Art Deco elements to reflect the artistic style of the era. “VOTES FOR WOMEN” is engraved in a circle on the front of the box. The inscription “UNITED STATES OF AMERICA” and “IN GOD WE TRUST” can be seen on the ballot box. Artistic Infusion Program artist Christina Hess designed both the obverse and reverse of the coin, both of which were then sculpted by United States Mint Medallic Artist Phebe Hemphill.

The Coin of the Year Awards, established in 1984, is recognized as one of the most prestigious global award forums among mints worldwide. Each year, an international jury selects winners from 10 categories focusing on aesthetic and commercial appeal, commemoration, inspiration and innovation. From the 10 category winners, a main winner is finally selected, who receives the grand title “Coin of the Year”. The United States Mint was last named Coin of the Year in 2021, receiving top honors for the dollar and 5 ounce silver 50th anniversary coin.

Read more about the 2022 COTY Awards by clicking on one of the links below:

A special thank you to the sponsor of the Coin of the Year Awards 2022, the Journal of East Asian Numismatics.

Best bars in Denver to watch the World Cup